This was just a quick brainstorm that I'm trying to poke at with a pointy stick to see if I can make anything interesting happen with...

The basic concept is to turn as much of the entire ceiling of my living room into a planetarium as possible.  Earlier, I had the idea to project video onto the ceiling, and lie down on the floor to watch movies.  The issue here was that I was getting ghosting of the image since I didn't have a front surface mirror to use.  The image was also fairly small compared to the size of the ceiling.

This brought in the idea of using a tele-expander, magnifier or convex mirror to expand the image on the ceiling.  While cleaning the basement I found a somewhat scuffed, convex plexiglass baby seat mirror. Just the perfect thing to try out! 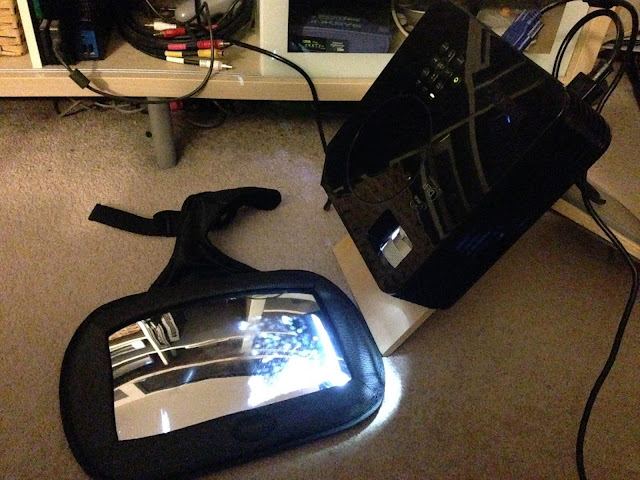 You can see in the above picture the results of this first experiment.  The projector is precariously hanging on the back of a cat scratching post thingy that our cat refuses to use.  It's pointing down onto the mirror, sitting on the floor. 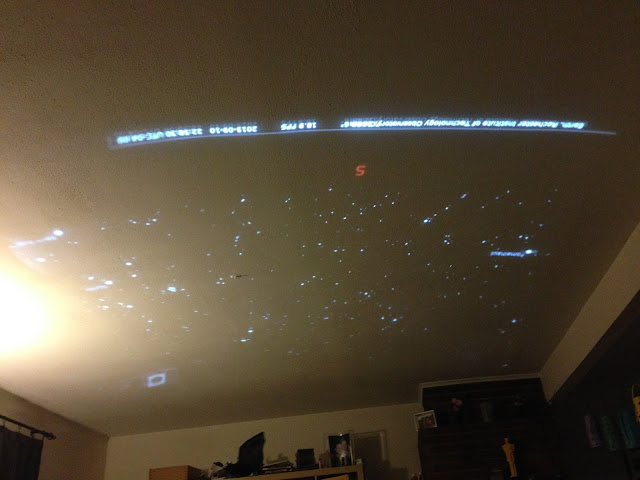 The image projected onto the ceiling is nice and big, although there's a hell of a lot of distortion.  The surface isn't perfectly curved, it's pretty badly scuffed, and it's a back surface mirror, so the image is distorted, fuzzy and there are ghosts and smears of the star points. 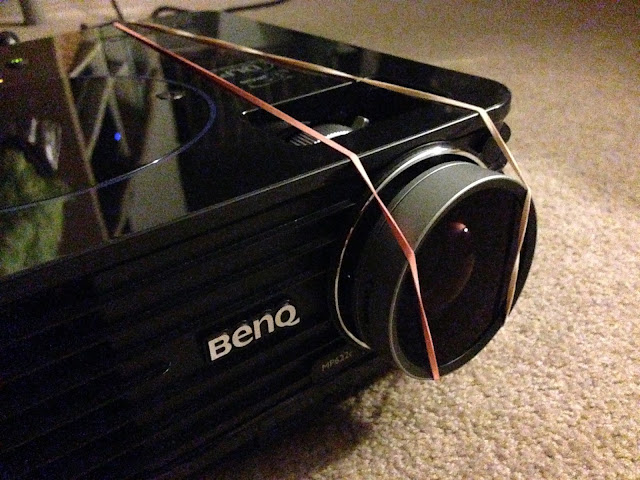 One thing I did notice though was that when I used more of the mirror to reflect the projector's image, the final image looked better.  I dug out the 0.7 wide angle screw on lens for my old Canon Optura DV video camera, and shoved it onto the front of the DLP with rubber bands.  This both maximized the image onto the mirror, and increased the size of the final image on the ceiling. It's still far from perfect, but not bad considering that I put this together with some rubber bands and a cheap mirror...

For the star field generation, I used Stellarium, running on my MacBook.  That side of it works pretty well. ;)
Posted by Scott Lawrence at 11:43 PM