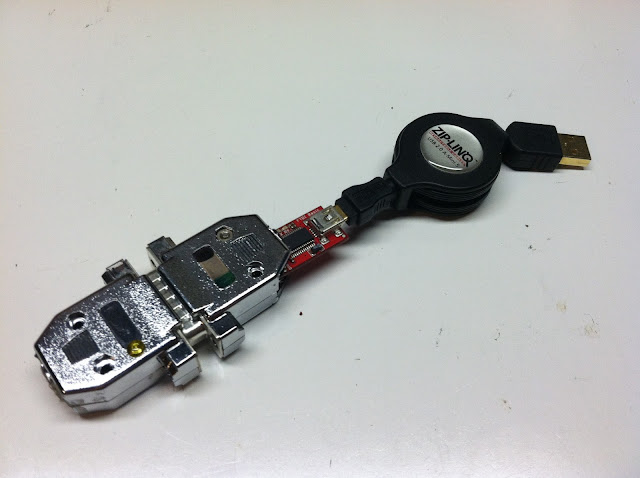 Here's a quick one. I wanted a VERY compact FTDI interface for the D15 devices, that didn't offer any IO pin access, just so that I could try building stuff to the Atmega 168 in there, and chat with it through serial. 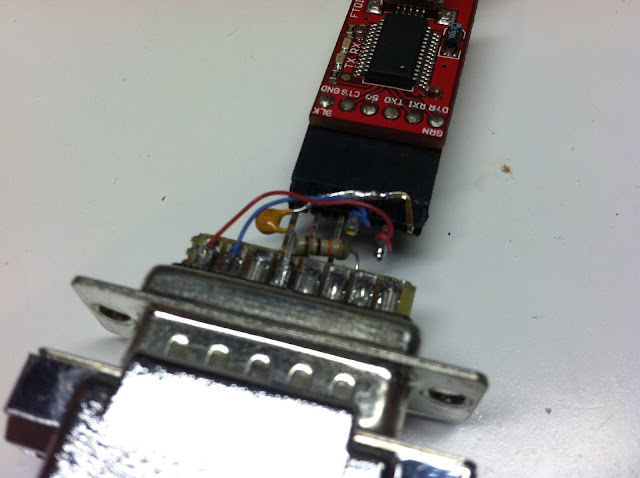 Rather than using the cable I made and showed in previous posts, I decided to just do point-to-point soldering of a 6 pin header directly to a D15 connector. 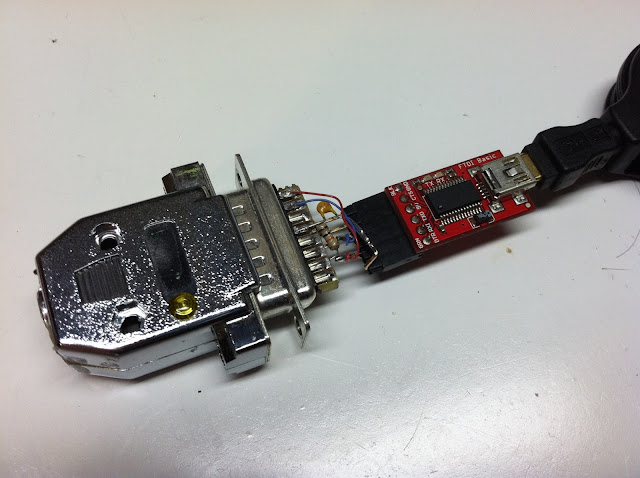 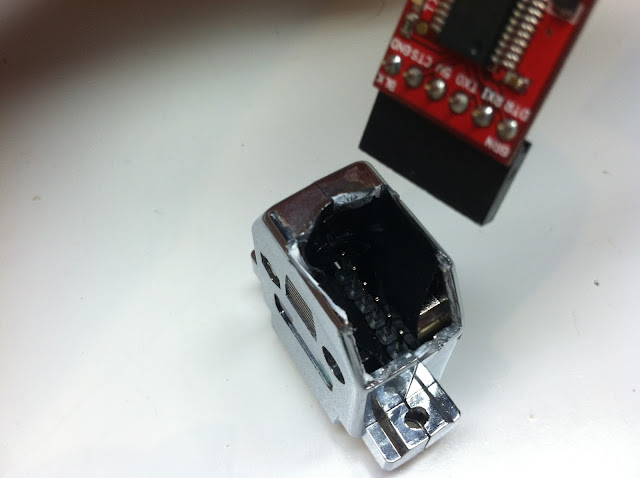 The results are that I have a very compact device to play with.  It's very portable too!
Posted by Scott Lawrence at 1:08 PM No comments: 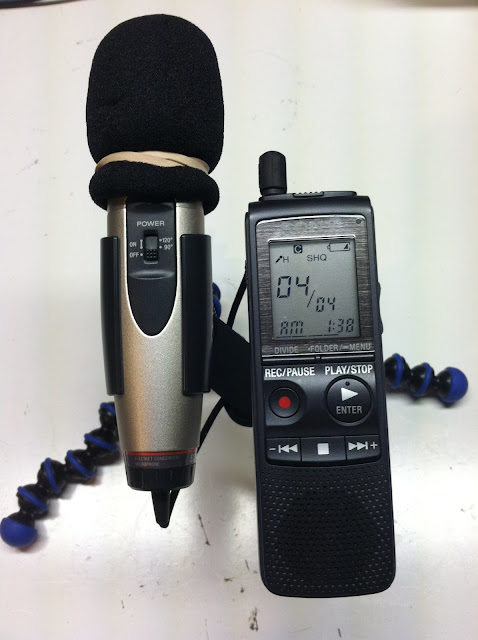 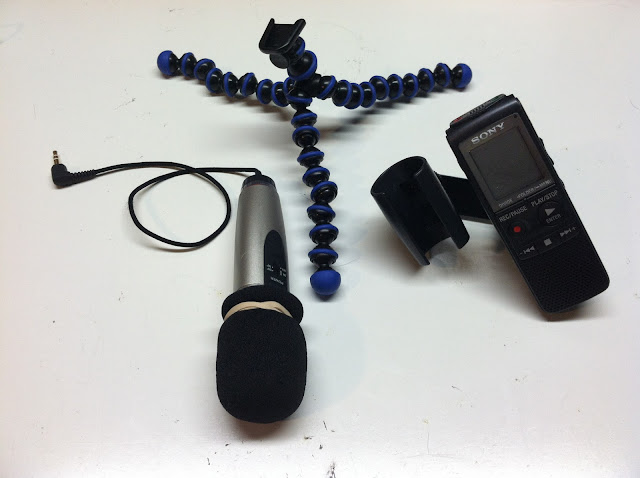 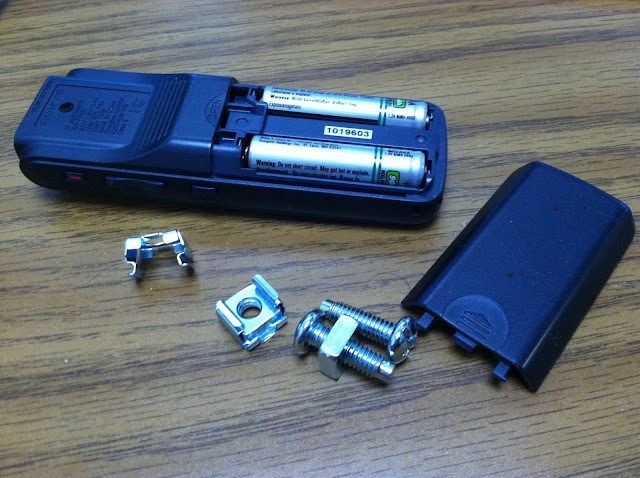 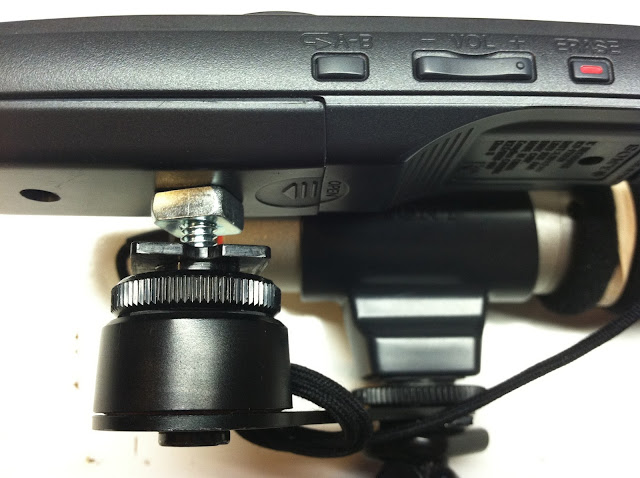 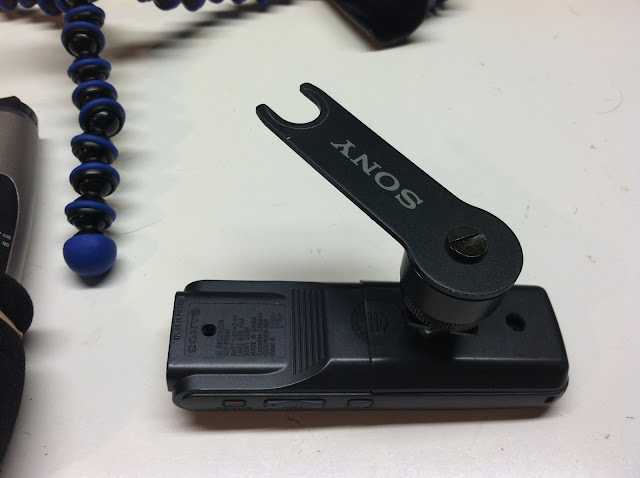 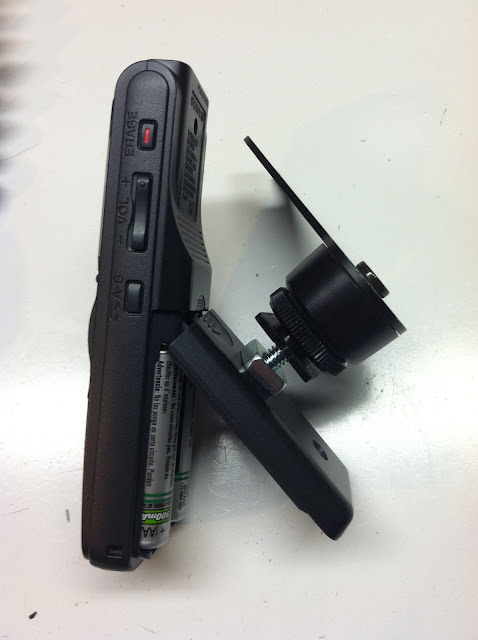 In the future, I'd like to try flatter-headed screws for this design.  I'd also like to perhaps try a 3D-printed thing, which the voice recorder can be snapped into, and the microphone slid into the bottom, to make it more sleek.
Posted by Scott Lawrence at 4:09 PM 1 comment: