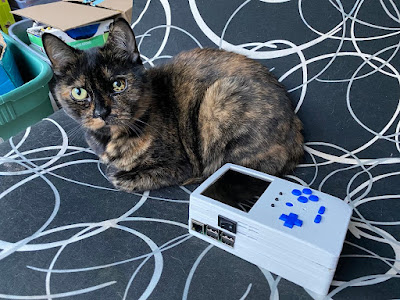 One of the great things about making stuff is that you can make stuff that doesn't yet, or shouldn't exist.

I honestly didn't get anything done on my RC2014 projects for RetroChallenge this year, other than an idea, and some 3D printed stuff within the final few days of the month.

I've had it in my head for a while to make a gameboy formfactor RasPi system for a while now, even though I already have a portable Pi emulation system in my Atari Lynx enclosure.  So I found a model for the "super retropipod" enclosure on Thingiverse and printed it out, and ordered and then modified a 3.5" lcd and shoved it all into the case. 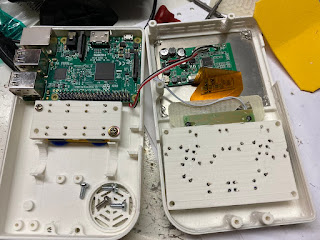 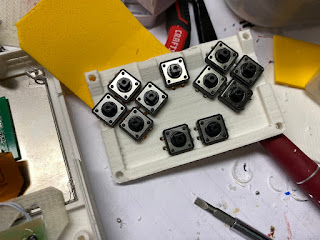 I decided i didn't want to make a PCB or hack up a perfboard to support tact switches, and I had a bunch of largeish 12mm tact switches, so I modeled and 3d printed mounting boards for those too. 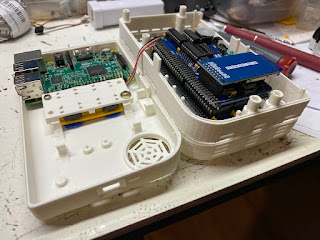 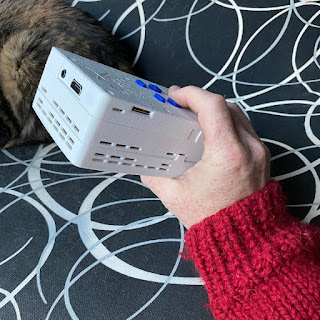 Long story short, I have the beginnings of my ultimate multipurpose Pi/RC2014/Llichen-80 handheld!  And she's a chonky beast too!

I modeled and printed a piece to sandwich between the layers of the "pi-boy" enclosure I printed, and added a space for a nice switch for power on the side.  I still need to wire it all up, but I'm on my way to having this thing be AWESOME!

Although I still want to make a "tall-boy" at some point... take two GB DMG enclosures, and extend the screen space to be taller, and put in a rotated, vertical monitor in the space there.  eg, use a 4" or 5" lcd in portrait instead of a 3.5" in landscape...

Next actions on this project: