Sparkfun had their "Arduino Day 2014 Sale" this past weekend.  Thanks to their sale, as well as an additional $20 off thanks to Reddit Gold ($4 for one month), I was able to get a whole lot of stuff at a really good price. 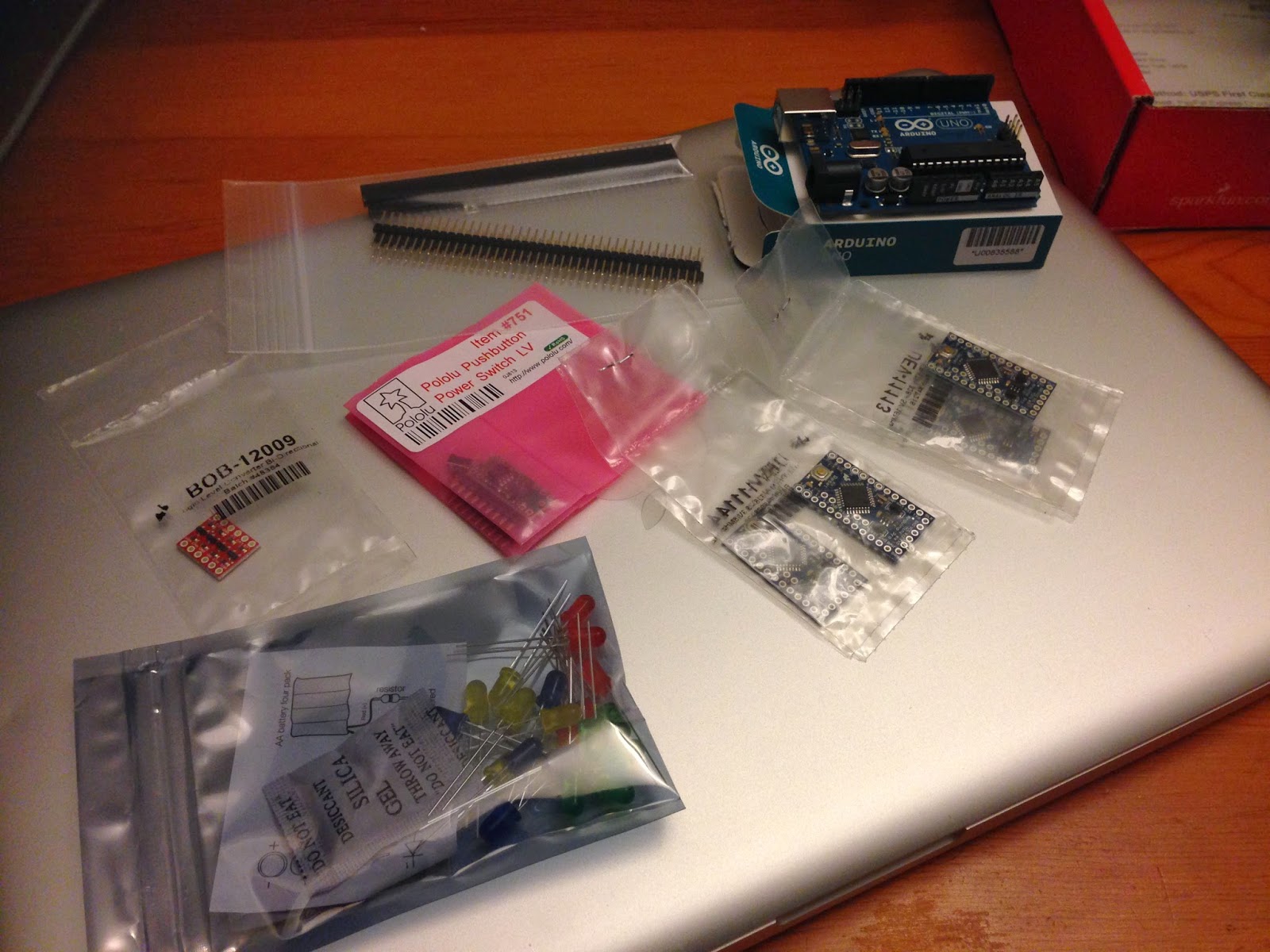 So here's what I got:

One of the things I wanted to do with the 3.3v Pro Mini was to try to make a serial-sd device as small and as inexpensive as possible, for a serial-based storage device and SD management shell project.  I did the trick of wiring up an SD-MicroSD adapter to the Arduino.  Since they're both 3.3v, i didn't need to do any conversion, so it's directly hooked up. 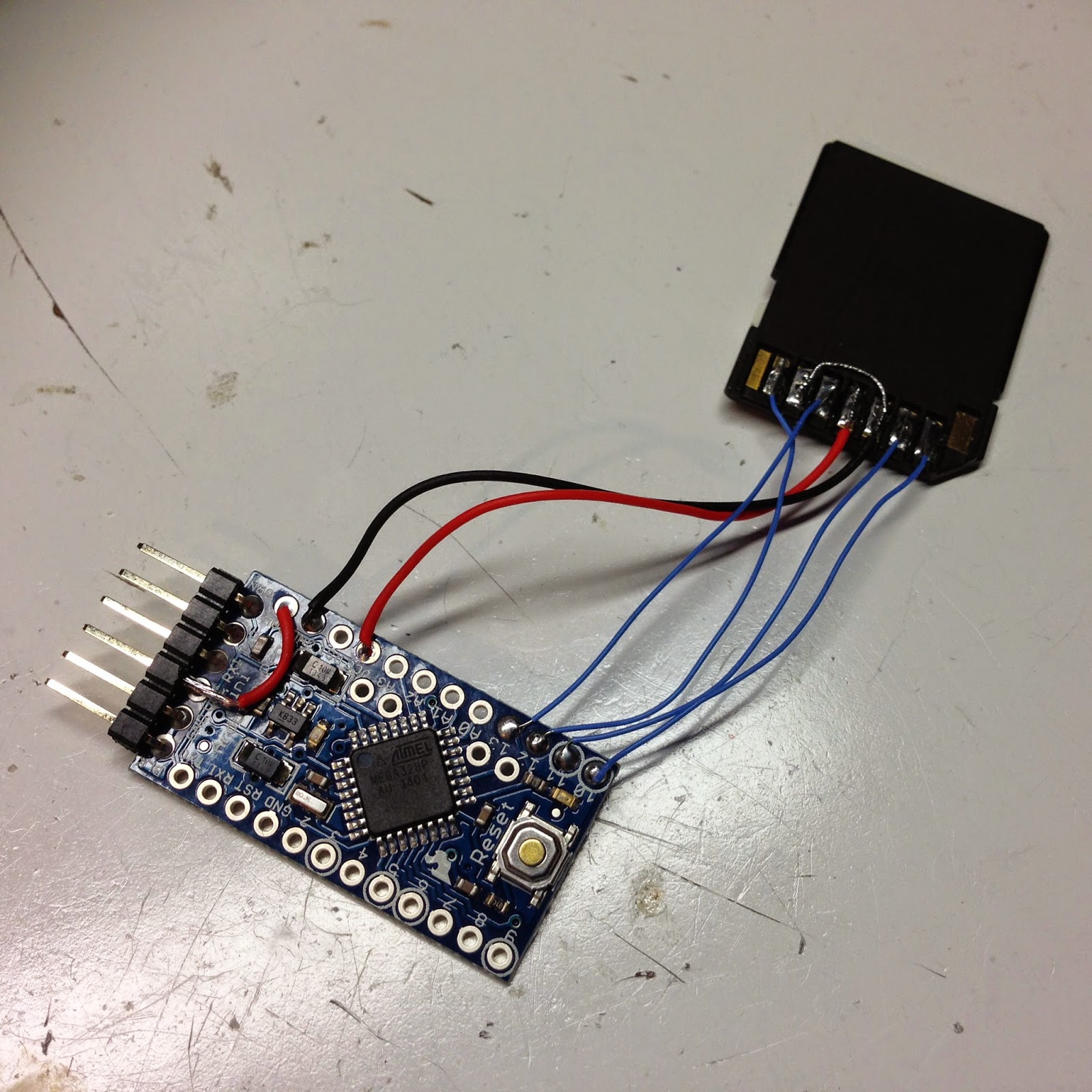 It was pretty straightforward wiring here. +3.3v to one pin, ground to two pins, then four data lines. Easy stuff.  The only nonconventional thing I needed to do was to wire up the FTDI connector to the RAW power input, rather than directly to VCC on the board.  My FTDI interface boards are all 5v, so that would kinda fry things.  The short red wire jumper over to the RAW input on the board means that it all gets regulated down to 3.3v, and everybody is happy. 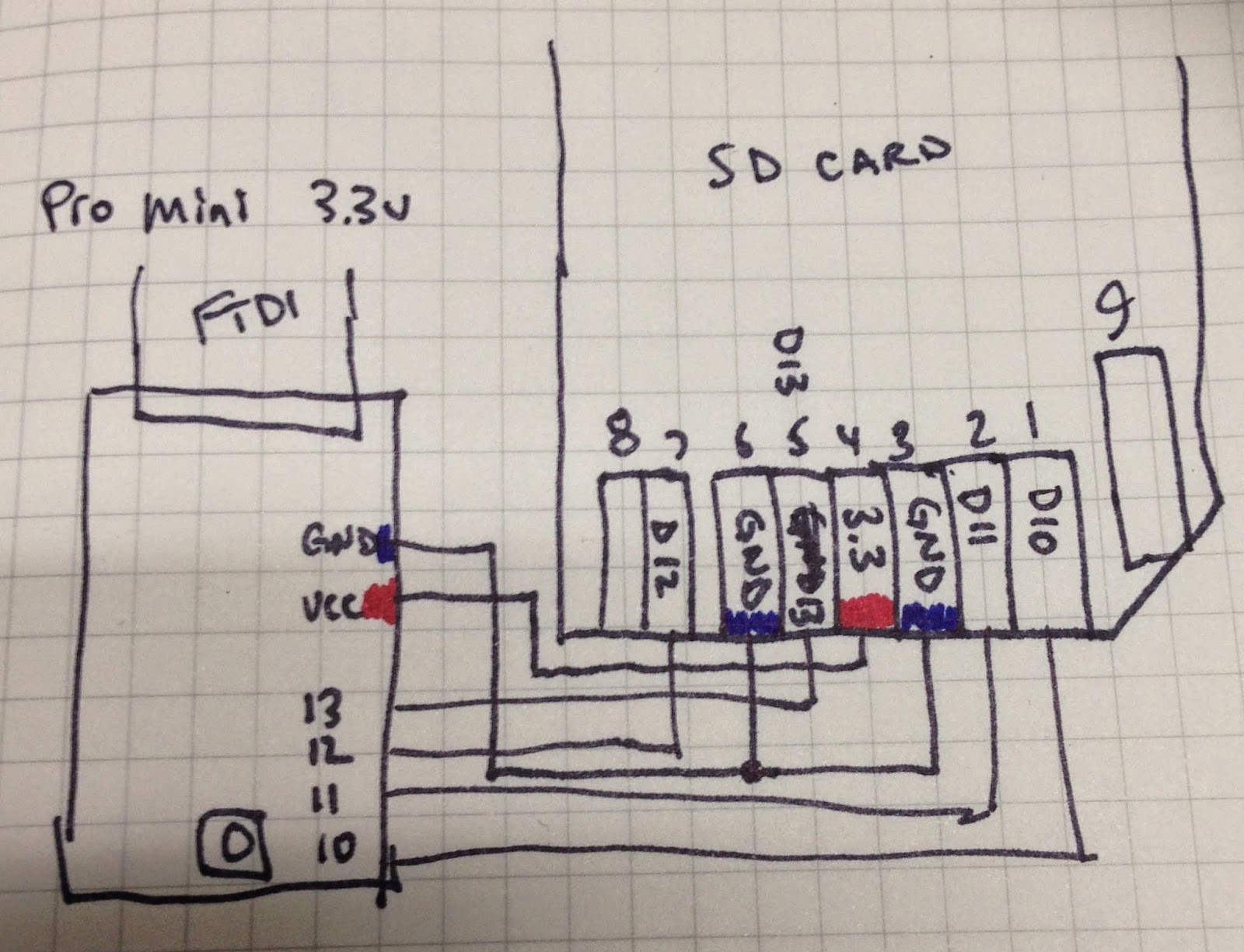 The fun thing is, that it all fits inside of a SD Card storage case pretty neatly. (Well, not including the FTDI interface.) 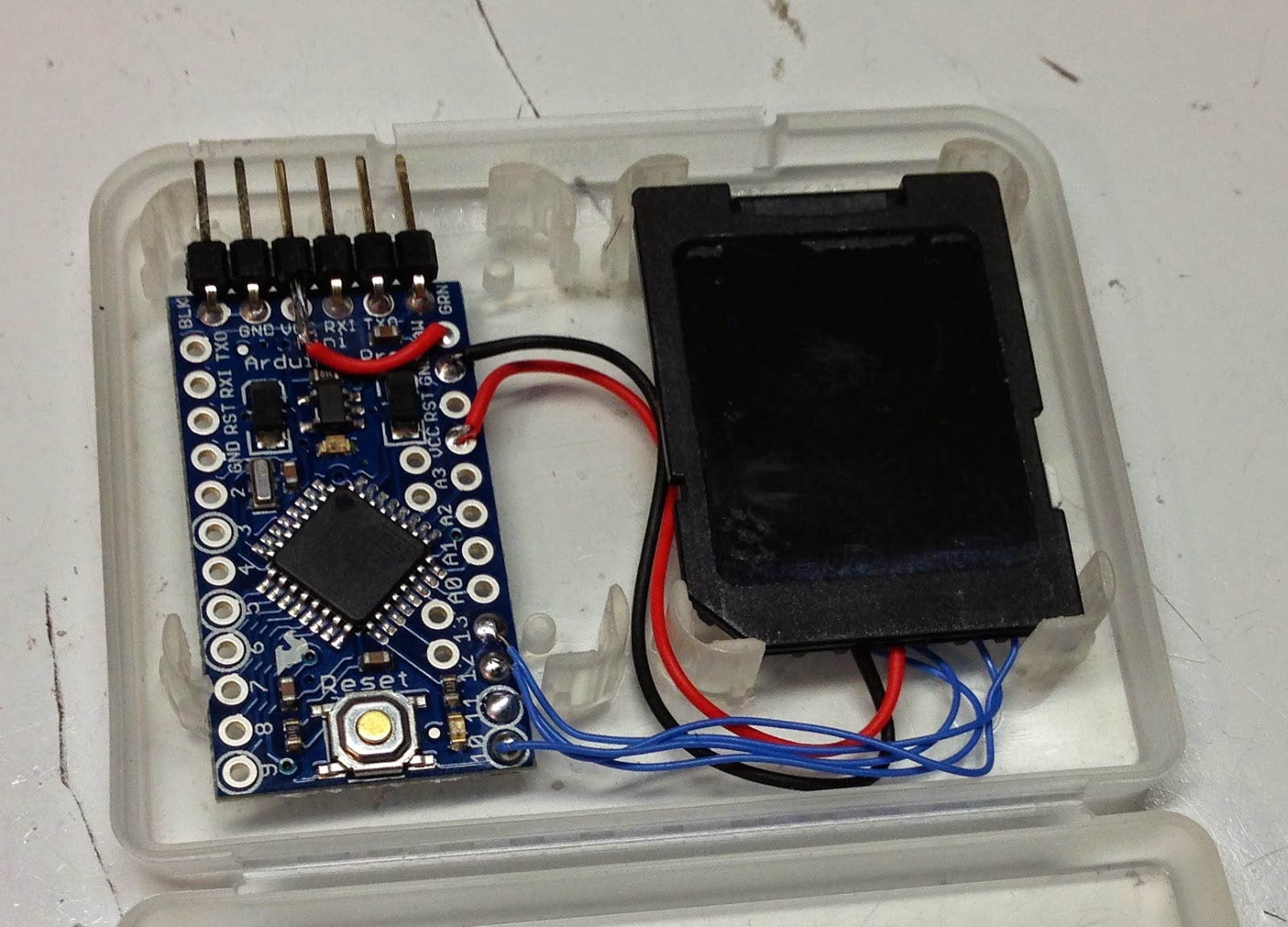 I figure that I can eventually work this in with a 2032 Lithium cell holder, RS232 adapter, and shove it into a DB-25 shell, for it to be a tiny "plug into serial port" storage device for my Tandy 102, Amiga 1000 or some other classic machine.
Posted by Scott Lawrence at 11:23 AM