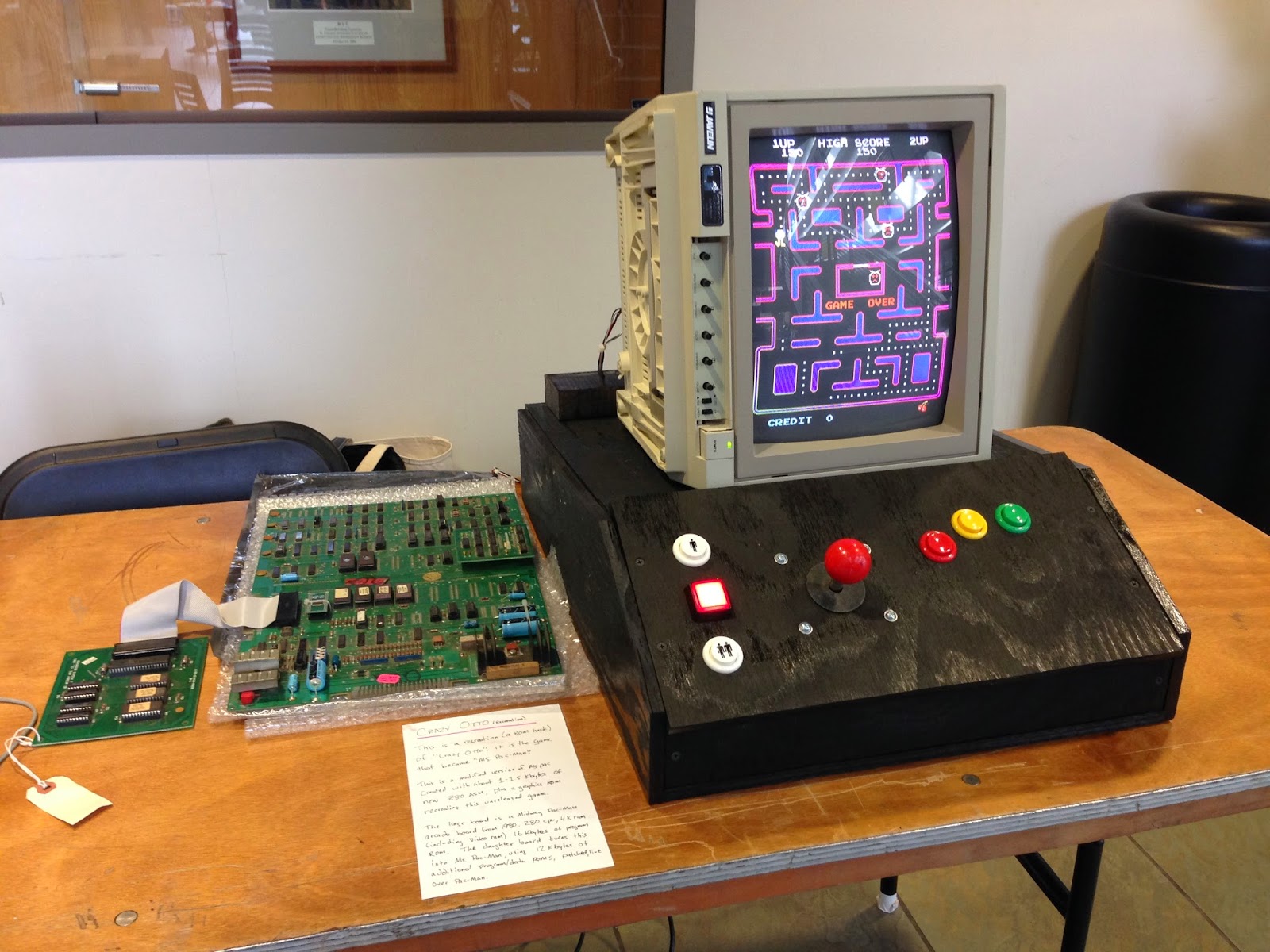 I decided to package up my JAMMA test rig so that I could demo Crazy Otto at Rochester BarCamp for today.  My design was basically a box that would house the entire thing, with a nice control panel for player 1.  As you can see in the above image, I have the A/V cable going to an external monitor.  Broken out on the box are player 1 and 2 start, coin 1, and player 1 controls - joystick and 3 buttons.  On the right side of the box are the three "coin box" controls -- Test, Tilt, and Service, for testing those functions of the board.  Also on that side is a nice handle to help it be portable.

This is a continuation of part 1, where I updated the AV connections of the rig. 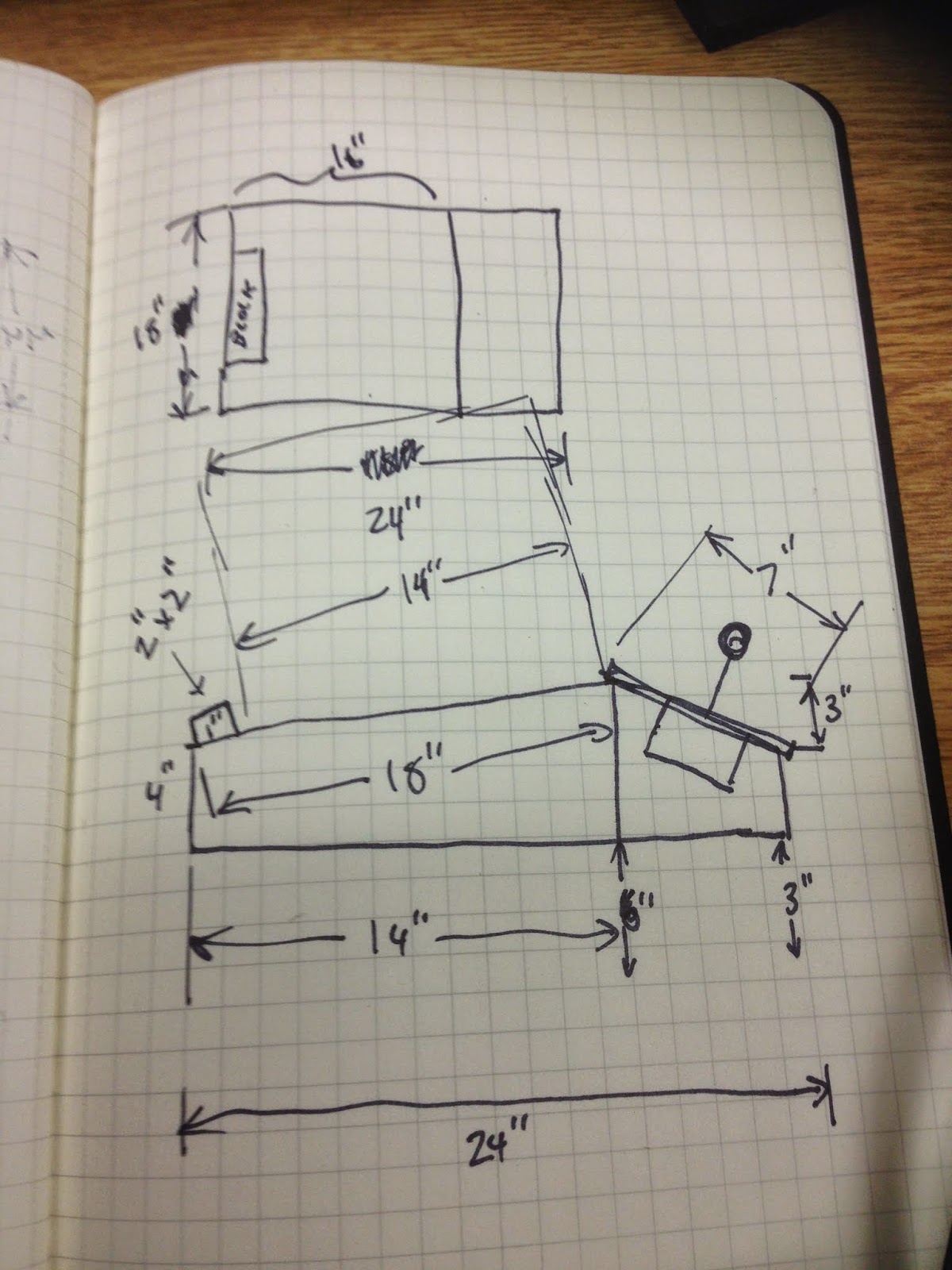 This is about the extent of blueprints I have for this.  I knew I needed 14" depth for the monitor, and that it needed about a 2" rise from the back to the front to put it at a good angle.  I wanted it to be 18" wide, and 24" deep.  That would give enough room for a game board inside of it, as well as for a decent sized control panel. 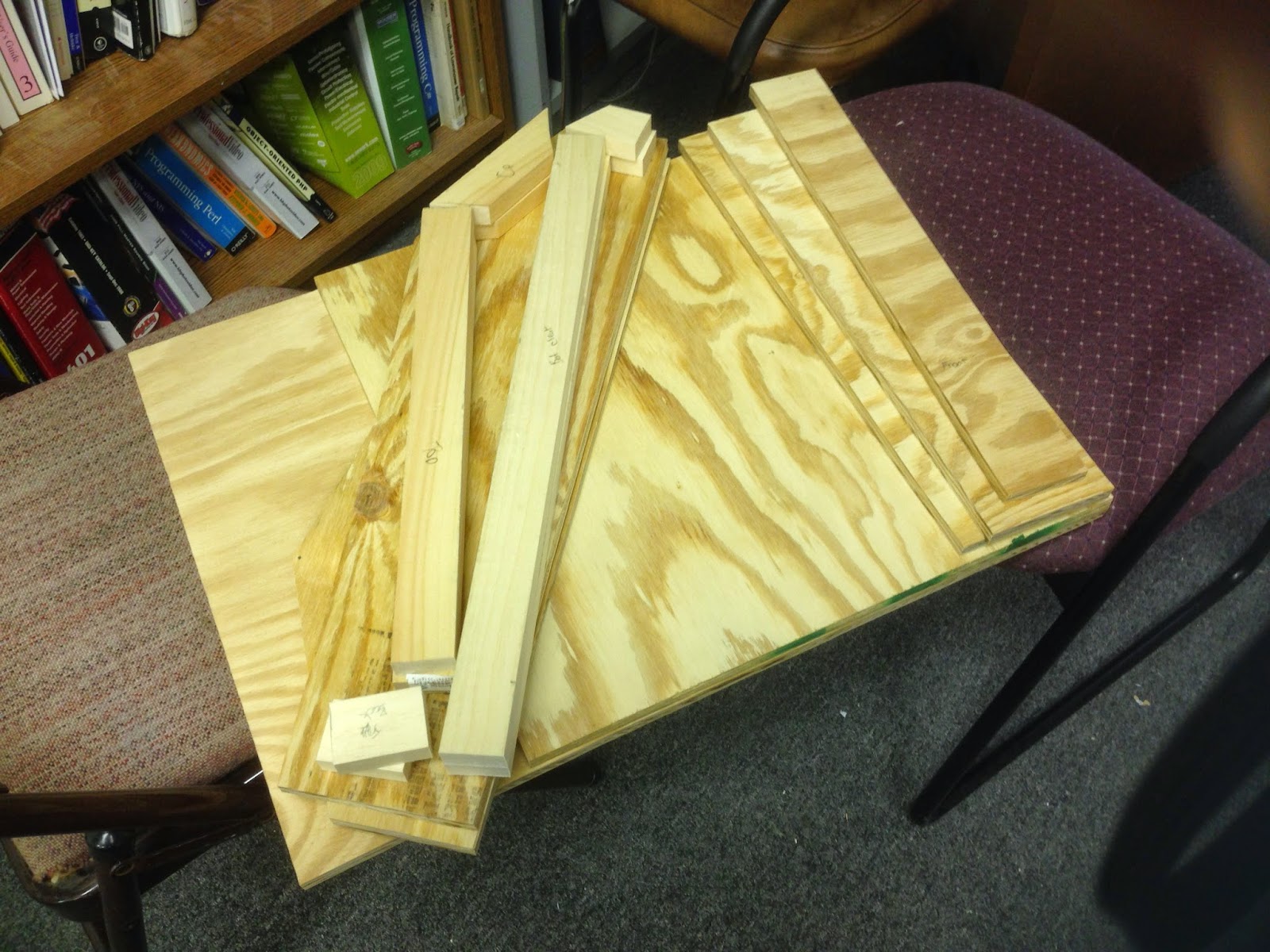 I started by cutting a sheet of plywood I've had in our garage for a while.  I also built the control panel using spare parts I had. 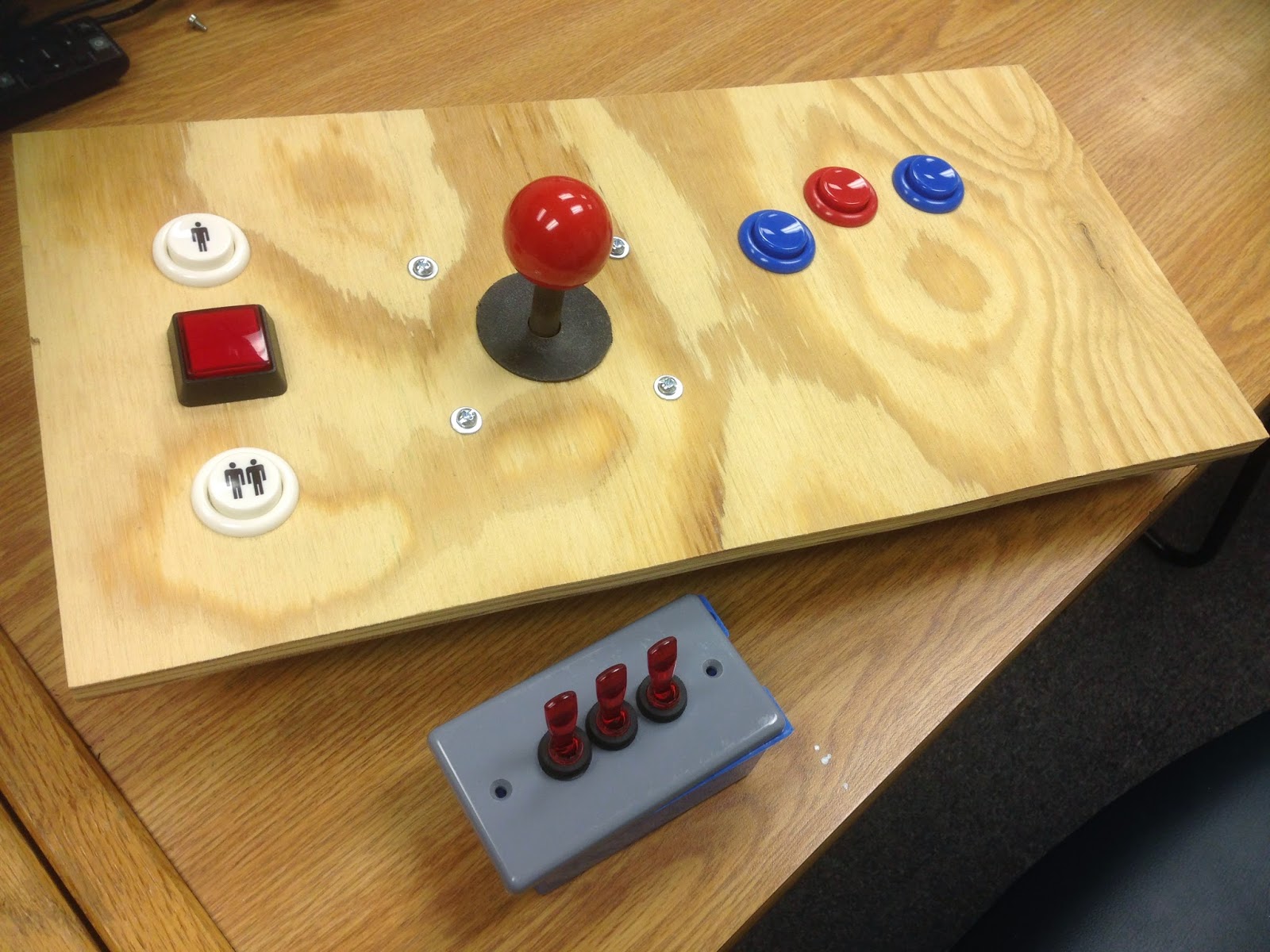 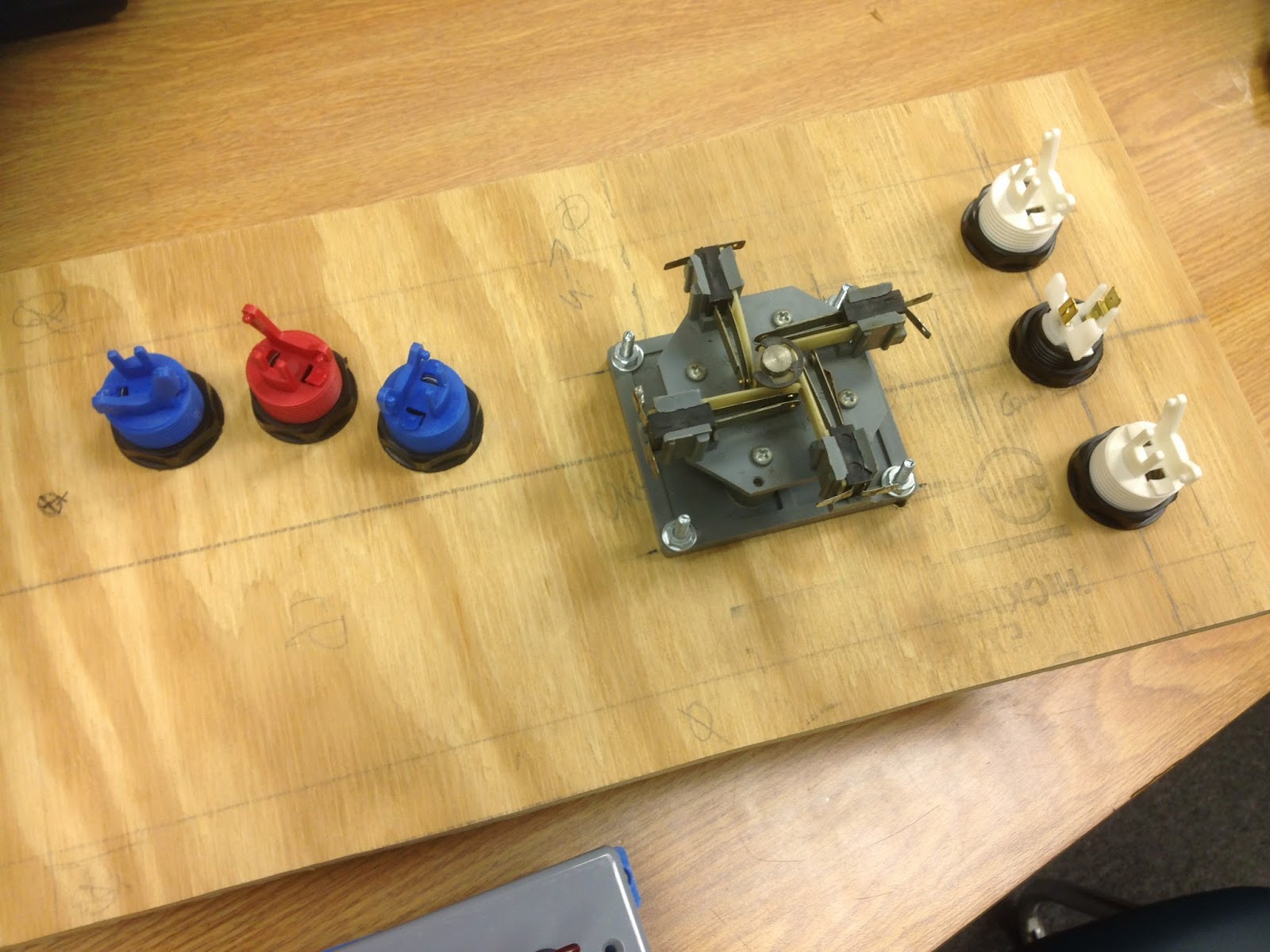 Some standard microswitch buttons, and a nice ball-top leaf-switch joystick. 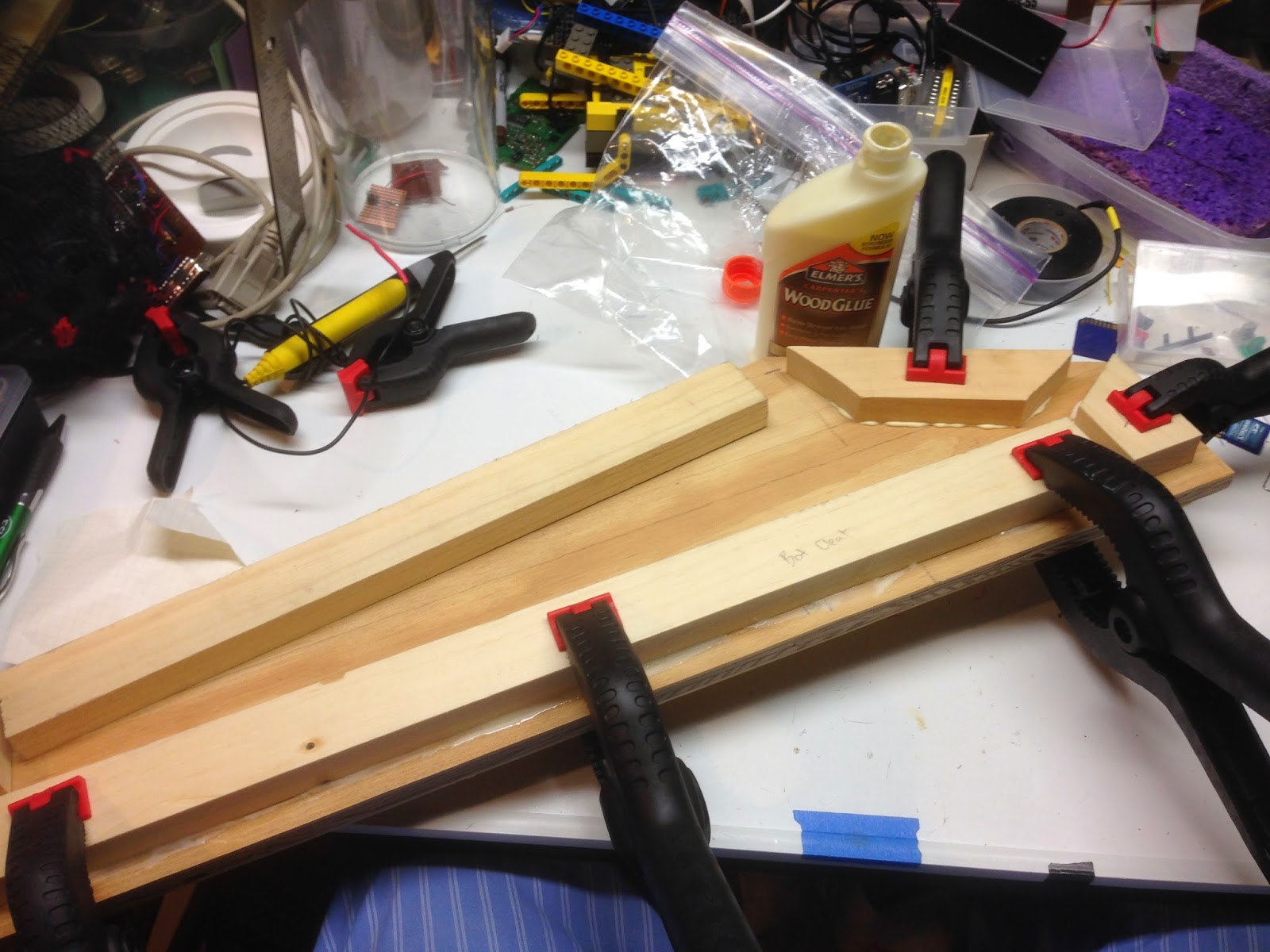 The basic construction is that I glued some cleats on the inside of each side. Then the back, bottom, front and control panel will be screwed to it.  After that, it looked like this: 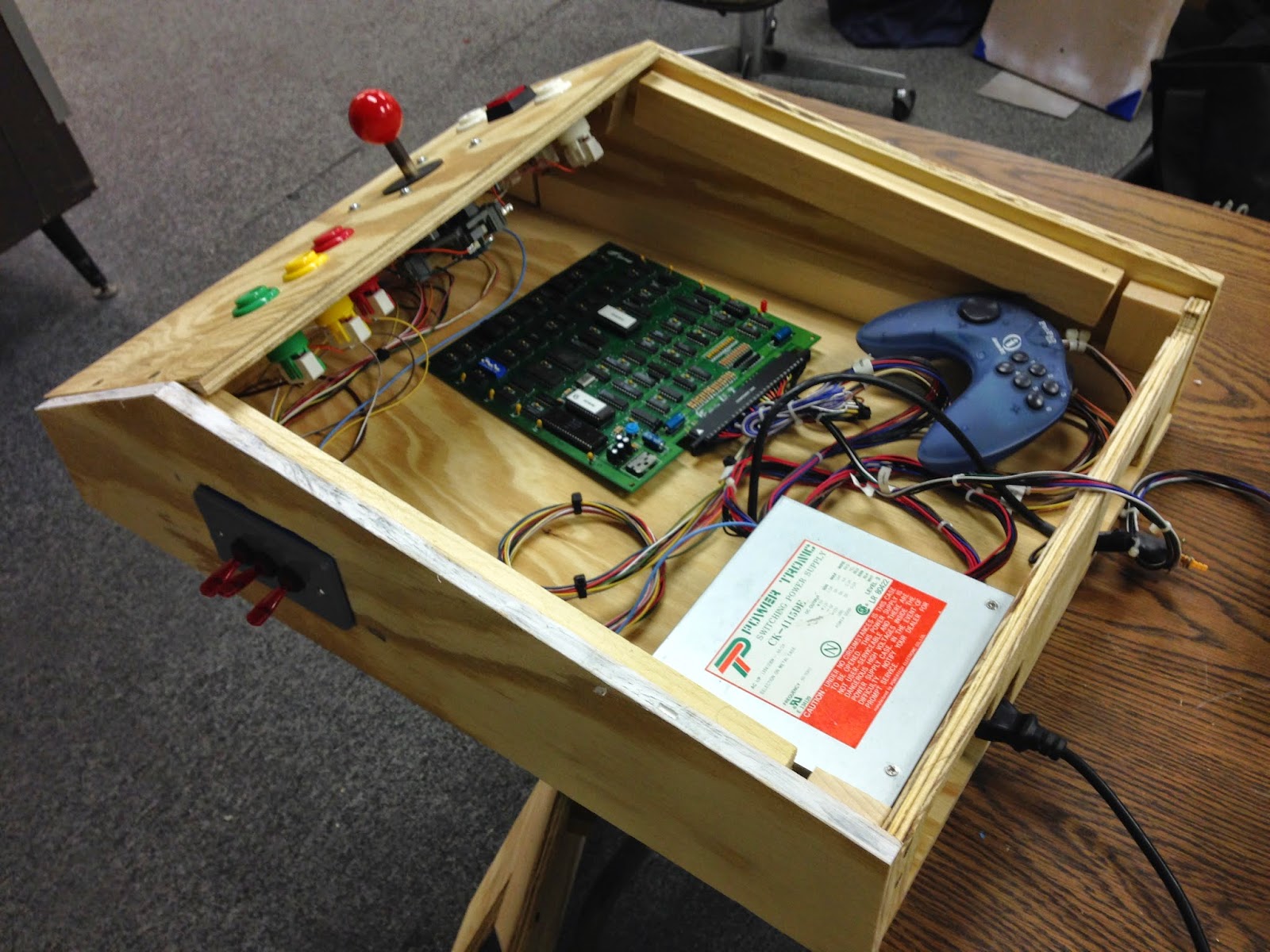 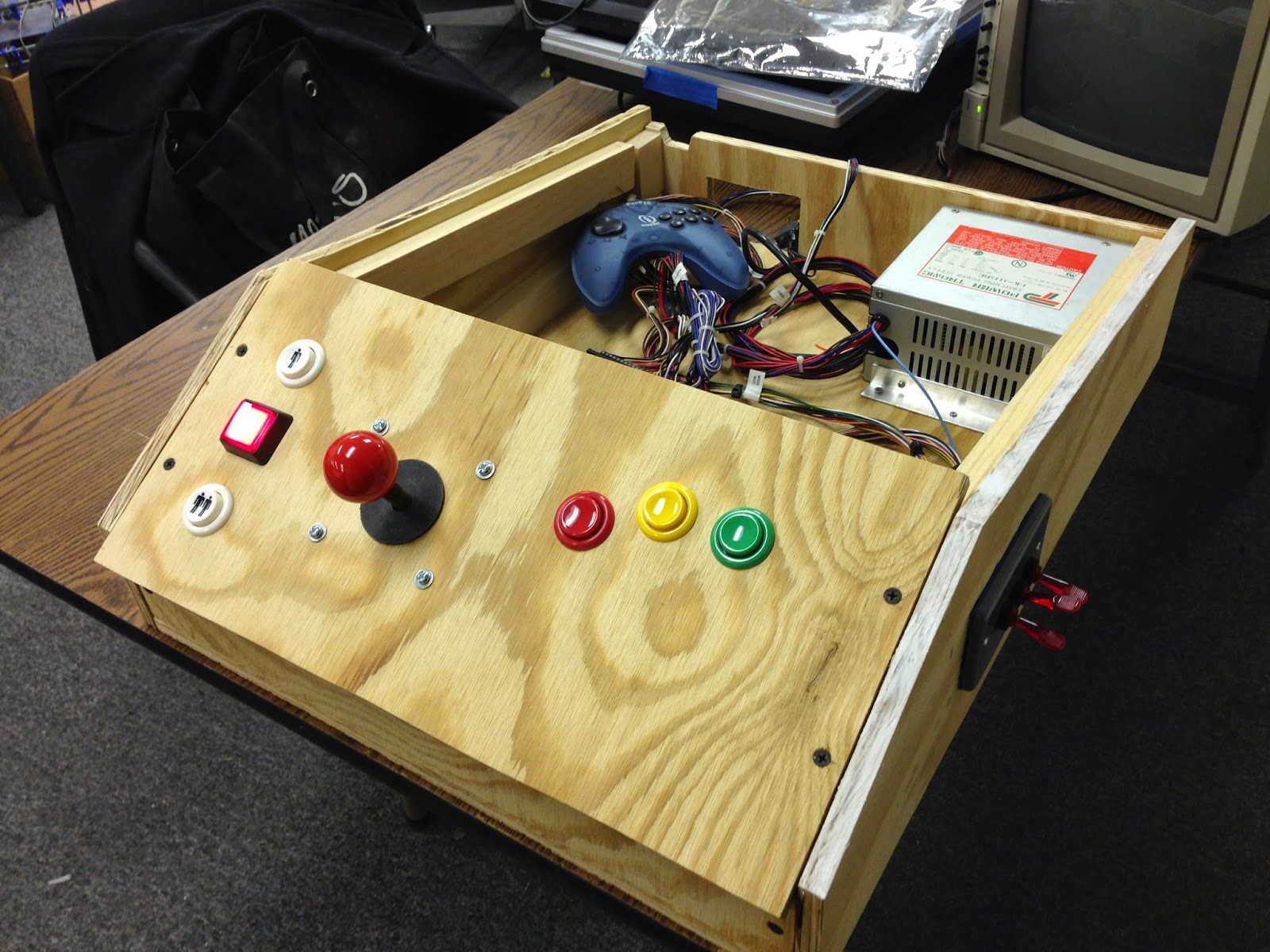 I also cut and drilled a small metal bracket to hold the power supply in place, which you can see in the above.  The coin 1 button on the front has a 12v light in it.  The old P2 controller is still attached to the JAMMA rig, in case I want to test/play 2 player games.  You can also see the 1 1/4" fine thread drywall screws holding it together here.  From here, the only change is that I painted it, stinking up our garage in the process. heh.  The top lid hooks under the control panel, and has a cleat in the back to keep it from sliding off the back.  There's a single screw to hold it in place, and to let it be carried withot the contents falling out. 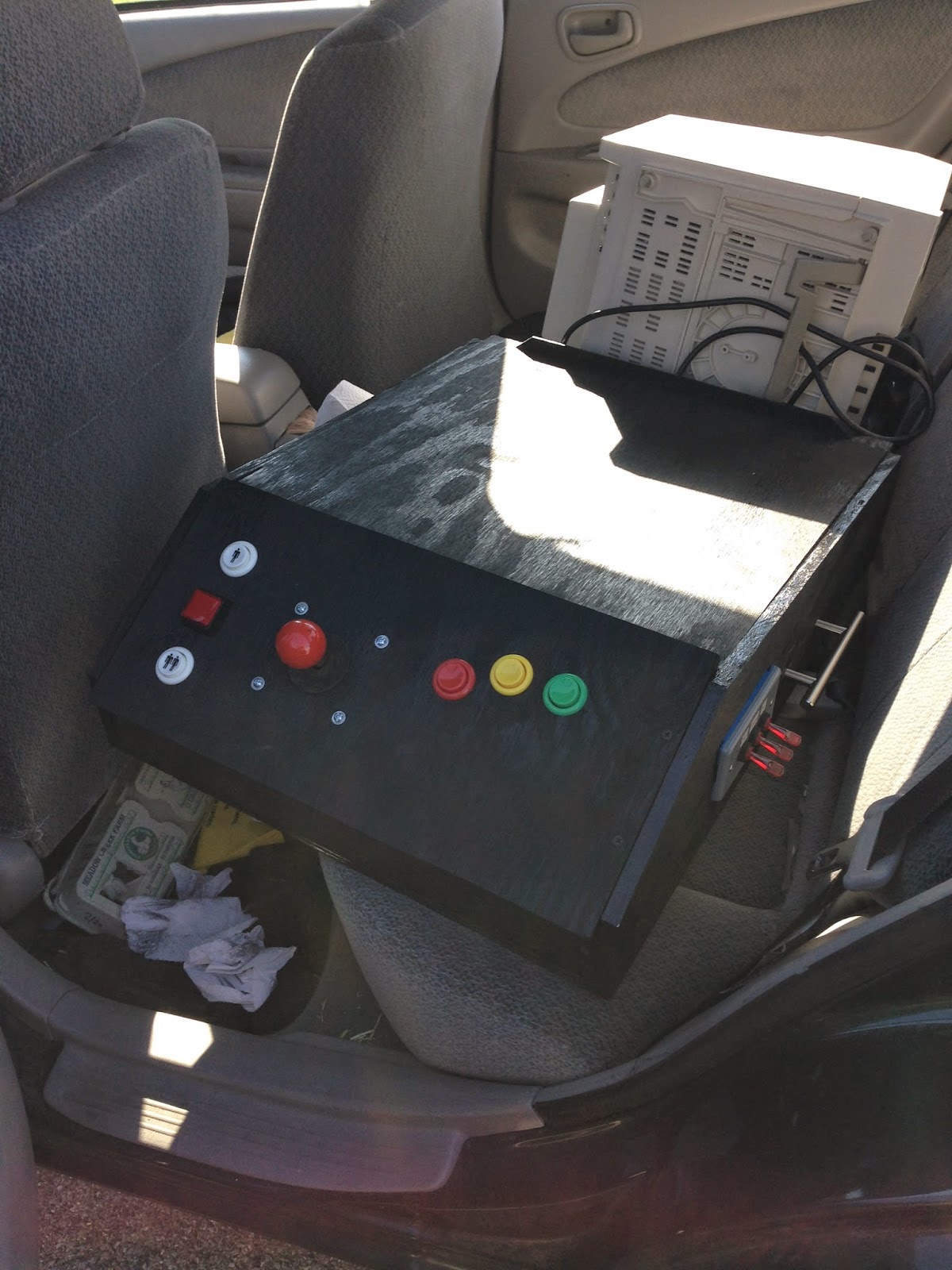 The great thing about this thing is that it's easy to tote this thing around to play/demo games and such.  It takes two trips since the monitor is cumbersome, and the box itself is pretty heavy, but it's SIGNIFICANTLY easier than toting around a full arcade cabinet.

The power and ground at the top portion are wired directly to the old PC power supply.  Coin counters and lockout coils are not wired to anything.  The speaker wires are broken out to a RCA plug, and the Video (RGB,Sync) are out to a DIN connector, as seen in the previous post.  Service, Tilt, and Test are wired to the three switches on the side of the box.  Coin switch 1, and the two start buttons are on the control panel, as are all of the 1P controls (on the right).
Posted by Scott Lawrence at 11:15 PM