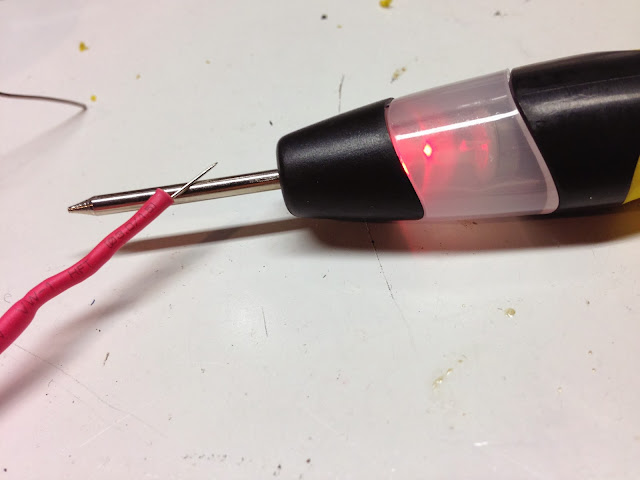 I am working on restoring/repairing a Macintosh SE/30 machine, and I'm at the point now where I'm debugging why SCSI isn't working on it anymore. I found some schematics for it online, as well as some troubleshooting guides.  The project ahead of me was to 'buzz out' all 44 pins of the SCSI interface chip to points elsewhere on the board, to figure out why it's failing.  I knew I'd need a good continuity tester for this.  I have this feature in my multimeter, but I didn't want to hear that annoying beeper... I wanted a visual response instead.

I had toyed with the idea of using an LED Glow Stick flashlight, like I used for my "Sonic Screwdriver", just add in two wires going to test points.  I swung by the auto parts store, and instead saw this there for $10: 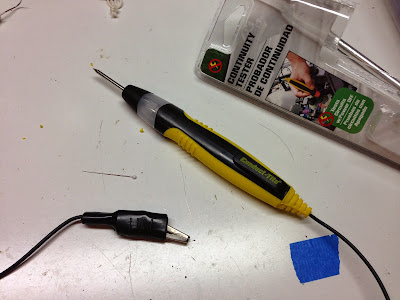 I decided this was a good starting point.  The light up portion was originally made for an incandescent screw-in type light bulb, but has been replaced by an LED, which doesn't work awesomely at glowing that end, and the alligator clip should be something a lot more precise, so those are the two things I decided to address. 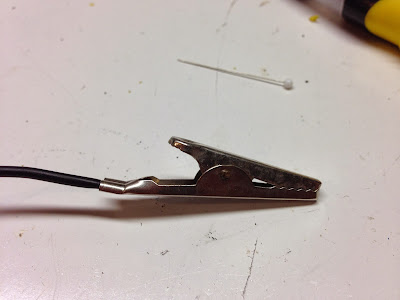 First thing that had to go was the alligator clip end.  This is going to be touching into very fine-pitched electronics, so I needed something more precise. 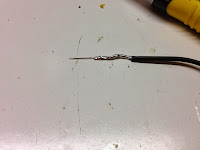 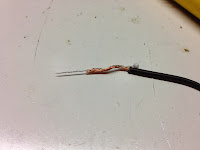 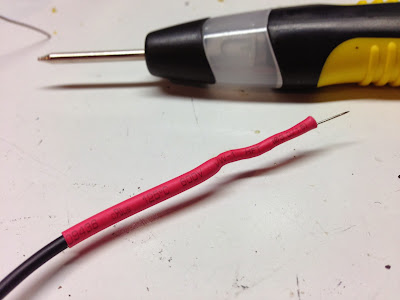 I snipped off the clip, and soldered the wire to a plain old straight pin, and then snipped off the pinhead. To make a handle of sorts, and to shield the exposed wire, I just used some heatshrink tubing.  I intentionally used too much heat shrink to stiffen the end of the wire and give me a place to grip it. 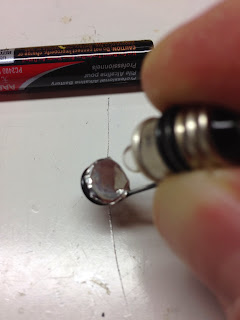 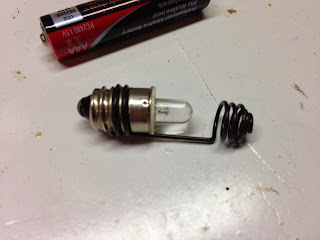 The LED in it was a bit... lacking... So I added in a bit of reflection using some metal foil tape, to try to let it glow better when it's on too.

The end result is pretty simple, but very useful.  That pin can really get onto any of the densely packed pins I need to test, and pierce through any oxide or muck on the joint.

Knowing now how easy it was to make the "probe" here, and how well it works, I think I might go back to my original idea of using an LED Glow Stick flashlight, and just tapping into the circuit to add in two probe wires, terminating in these pin probes.  In retrospect, I already had everything I needed before I bought this thing. Heh!
Posted by Scott Lawrence at 10:12 AM