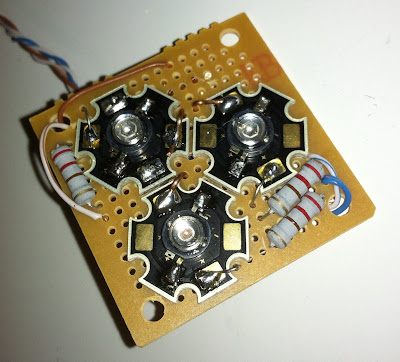 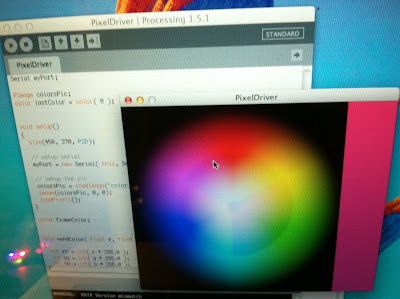 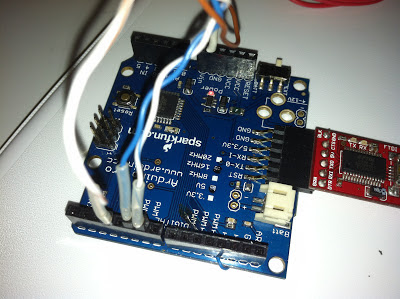 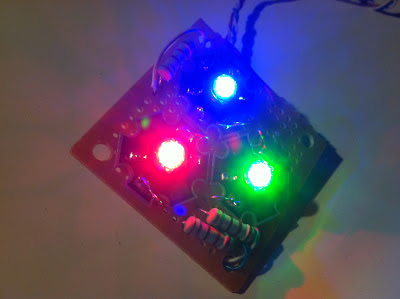 The project worked out pretty darn well.  Without current drivers for the LEDs, I can't make them too bright, but in an hour of sitting down at Interlock, I had this working.  I wrote up two processing sketches.  One with a RGB color wheel - click to send that color to the LEDs, and another playing the video as described above.  (Arduino and Processing sketches available upon request. :D )
Posted by Scott Lawrence at 11:11 AM